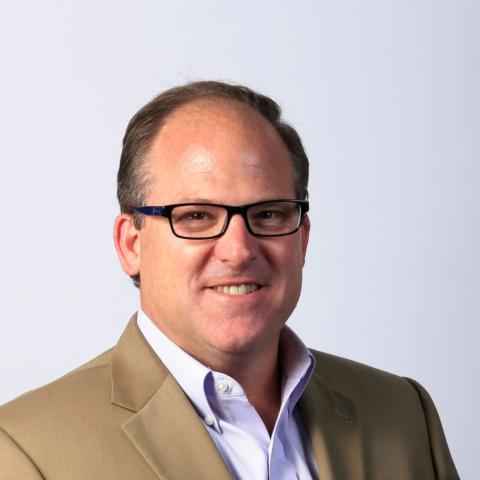 In his new role, Jeffers will be based in the Dallas-Fort Worth area and focus on national sales opportunities for companies headquartered in Texas and the central United States. Jeffers will have a robust portfolio of event entitlement, hospitality, facility rental and sports marketing assets amongst Speedway Motorsports’ 11 state-of-the-art venues to provide prospective partners and corporate clients.

“We’re very pleased to welcome back a professional sales and sports marketing executive with Devron’s talent for client development and relationship building,” stated Camper. “During his tenure at Texas Motor Speedway, Devron spearheaded our partnerships with companies such as Samsung Mobile, O’Reilly Auto Parts, Dickies and Radio Shack. He’s an industry veteran who knows our assets and processes, but most importantly, Devron understands what we’re really about---developing true partnerships and exceeding every corporate client’s expectations.”

From 1997 to 2017, Jeffers held a variety of sales positions at Texas Motor Speedway starting with Speedway Club sales representative. After earning several promotions during his TMS career, Jeffers was named Vice President of Sales in 2014 and held that position for nearly three years. Jeffers then worked in business development roles for State Farm Insurance Company and the Texas Rangers Major League Baseball Club before his most recent post as Chief Revenue Officer with the East Coast Hockey League’s Allen Americans. He received his bachelor of business administration degree at the University of North Texas.

“After two decades with Speedway Motorsports earlier in my career, it feels like coming home,” said Jeffers. “So many people with the company are already my extended family, and I'm excited about the company’s direction and future. Greater success is on the horizon, and I’ll do my part to help the company continue to grow. I want to thank Speedway Motorsports for giving me this opportunity.”